When the Hard Work of One Becomes the Opportunity For Many: The Story of Lance Shaner and Shaner Hotels 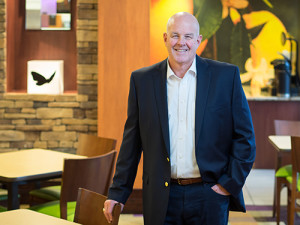 Listen to The Raja Show for just a few minutes, and the message becomes clear: With hard work, determination, and a never-say-die attitude, you can achieve pretty much anything you want in life, and succeed beyond your wildest expectations.

It’s how Raja has lived his life and earned his success, and as such, he tends to gravitate toward those who have done the same. From the people he hires in his companies to his business partners to the guests on his show.

So what’s Raja to do when he meets a guy who had a passion and a lifelong interest in property management and ownership, to the point where he acquired his first hotel, a Sheraton Hotel in his native Western New York, before the age of 30?

And when that same guy parlays ownership and operation of that one hotel into dozens more over the course of the next 35 years, currently holding over 50 hotels in 17 states, and many more properties internationally?

Well, Raja invites him onto the show to discuss his story, that’s what. It’s what he does!

On this Saturday’s edition of “The Raja Show”, Raja talks with Lance Shaner, Chairman and CEO of Shaner Hotels. And yes, Lance WILL talk about his story, and that of Shaner Hotels. But while the “who”, “what”, “when”, “where”, and “how” of this story are nice, fun, exotic, inspirational and motivational in their own right, it’s the “why” that truly matters. When you hear Lance discuss the thousands of jobs he has created among his properties, and the substantial economic and charitable impact that has been made on each of his property locales, you’ll know right away what has TRULY driven Lance’s success as one of the preeminent figures in the hospitality industry.