Sweetness:  How John Walsh Took “Just a Bakery” And Made It Into A Local Institution….And Beyond 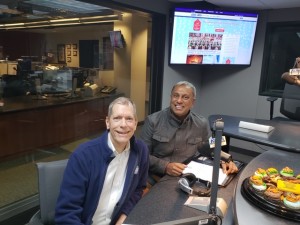 When you consider some of the lasting business institutions in the Western Pennsylvania region that have stood the test of time, you think of titans in tech, communications, medicine, media, and many other touchstone industries.
But you wouldn’t think of a bakery….would you?
Thanks to what John Walsh has been able to do with Bethel Bakery in Bethel Park, you absolutely should!
Since its opening in 1955, Bethel Bakery has changed the game for how not just a bakery should be run, but how a business should be run.  Be it under the leadership of his father, who started the business, or John himself.
Sure, it started out just like any other bakery….one of those hallmarks of any small town, right between the barber and the tailor.  That place where the smells of the fresh baked bread, the craving for that morning sweet, or the beauty of the designed cake lures you in without fail.
Fast forward to 2018.   An HR department.   Call centers. Custom cake designers.  A department specifically geared for wedding cakes.  A brand new SECOND location.
None of the previously unheard of advancements for a bakery would have been possible without the foresight that John had for where the baking industry was going, having seen many traditional, stagnant bakeries fall by the wayside, thanks to stiff competition from big-name grocery stores….changes that forced John’s hand to the point where he had to adapt just to keep up.
This foresight came from his father, who started and ran Bethel Bakery with that same progressive, forward-thinking approach in mind at all times. (Of course, it helps that it was a trait that John couldn’t really avoid, seeing as John and all six of his siblings grew up IN the family business.)
But the approach has served him well, as Bethel Bakery has garnered considerable acclaim, not just in Bethel Park, nor just in Western Pennsylvania, but throughout the country.  From being a go-to stop for national politicians and leaders on their way through town to its substantial charity work, be it through Make-A-Wish, “Terrible Towel” cookies that benefit the Allegheny Valley School, or their support of fallen military heroes, Bethel Bakery has gone far beyond the parameters of a traditional bakery.

On this edition of “The Raja Show”, Raja talks with John about his many accomplishments with Bethel Bakery, as well as John’s thoughts on leadership, his progressive approach to business, and how he manages the challenges of keeping the family business going.  It was without a doubt the sweetest interview Raja has ever done