Going Toe-to-Toe With Starbucks?  Inside the “Crazy” Idea that Ken Zeff Has Followed For Fifteen Years….And Counting! 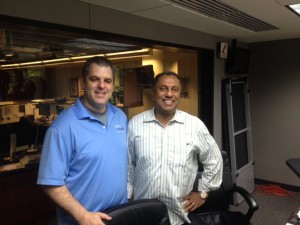 For many successful entrepreneurs, the path to their success lies in the fundamental idea that that entrepreneur started with a passion, and followed that passion all the way through to fruition, and beyond.

So it would stand to reason that Ken Zeff, the founder of Crazy Mocha, the burgeoning Western Pennsylvania coffee chain that boasts over 30 locations (and growing), opened his first location as a way for others to share his deep-rooted passion for a good ol’ cup of joe…..right?

It would…..if Ken had ever had a cup of coffee in his life.

The fact that a person who has never had a cup of coffee is, in fact, the founder and CEO of a wildly successful coffee shop chain is just one of the many (pardon the pun) crazy elements of the Ken Zeff story.   Another would be why someone who had a successful career as a corporate buyer for JC Penney decide to not only leave that job behind, but do so in favor of opening a business that is directly in the path of industry giants such as Starbucks, Panera Bread, Dunkin Donuts, and others.

But Ken has made it work, beyond anybody’s wildest expectations.  And in an industry you would think would be very competitive, Ken has done so while appreciating the bigger coffee companies for fostering and heightening the love for coffee among the general population, and while remaining respectful of the ability of fellow independent coffee shops to succeed, by not opening any Crazy Mocha locations near any established independent shops,

On this edition of The Raja Show, Raja welcomes Ken into the studio to discuss how the idea for Crazy Mocha came to be, the pressure he feels in competition with the “big cup” coffee shops, and what lies ahead for the Crazy Mocha company.